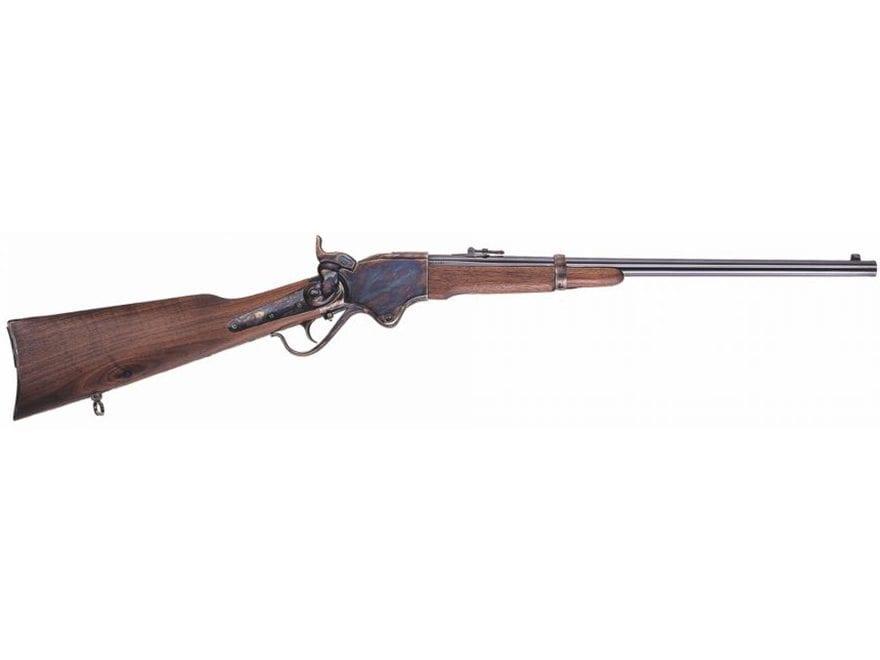 Designed by Christopher Spencer in 1860, the Spencer repeating rifle, and the shorter carbine version, was produced by three different companies between 1860 and 1869. Personally endorsed by President Lincoln, the Spencer Repeater was one of the most popular and widely used rifles in the War Between the States. After the Civil War, it became the primary US Cavalry rifle during the Indian wars. This modern reproduction from Cimarron is faithful to the original. It is fed from a magazine in the butt stock. This rifle has a 22″ barrel, color case hardened receiver and walnut stock.