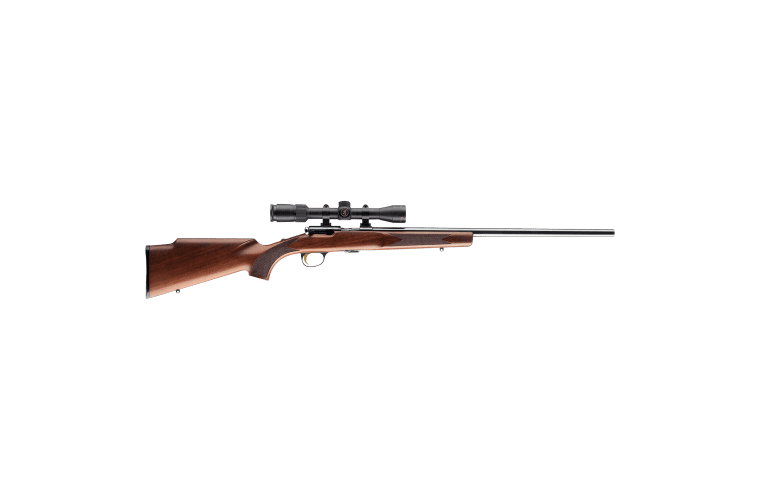 T-Bolt. The return of a legendary rimfire. We all remember the first time squeezing a trigger, usually consisting of simply plinking a few tin cans. For some of us, those first shots were from an original Browning T-Bolt, one of the most accurate, handy and easy-to-shoot rimfires ever produced. Those days can now be relived with today’s T-Bolt, a rifle every bit the equal of the original, with new features that put this unique rifle in a class by itself. The straight “T” bolt design lets you load and eject with a simple pull back and push forward. This system is unequaled among rimfires for raw bolt action speed — nearly as fast as a semi-auto 22.

NOTE – SCOPE AND MOUNTS ARE NOT INCLUDED